PHP used to create a Hero Image for a LinkedIn Group

I founded and manage the LinkedIn group “Cryptographers and Cryptanalysts”

LinkedIn allows the group manager to create a “Hero Image”, which appears at the top of the main group page, and helps to describe and brand the group.

This hero image is in addition to the “Group Logo” which is a small (100×50) graphic which appears in the Groups directory and on all group pages (in the upper left corner).

What would be the best Hero Image for this professional crypto group? My plan was to make the hero image a “crypto function” of the group logo.

One of the most famous historical examples of steganography is by William Friedman where he had soldiers looking straight-ahead or sideways, as shown in this photograph:

As shown on, and described in, this web page: http://www.cabinetmagazine.org/issues/40/sherman.php

More specifically, I wanted to create a Baconian cipher which is a reference to Francis Bacon who used italics (a second typeface) to create a binary distinction from the normal typeface.

I wanted to achieve the same effect, but instead of soldiers, I wanted to start with the “Group Logo” which is a key I photographed (as in “crypto key”, get it?!) which looks like this:

From there, I created:

This is where the PHP program I wrote comes into the picture (pun intended).

That PHP generates this:

which was then uploaded to LinkedIn as you can see here: 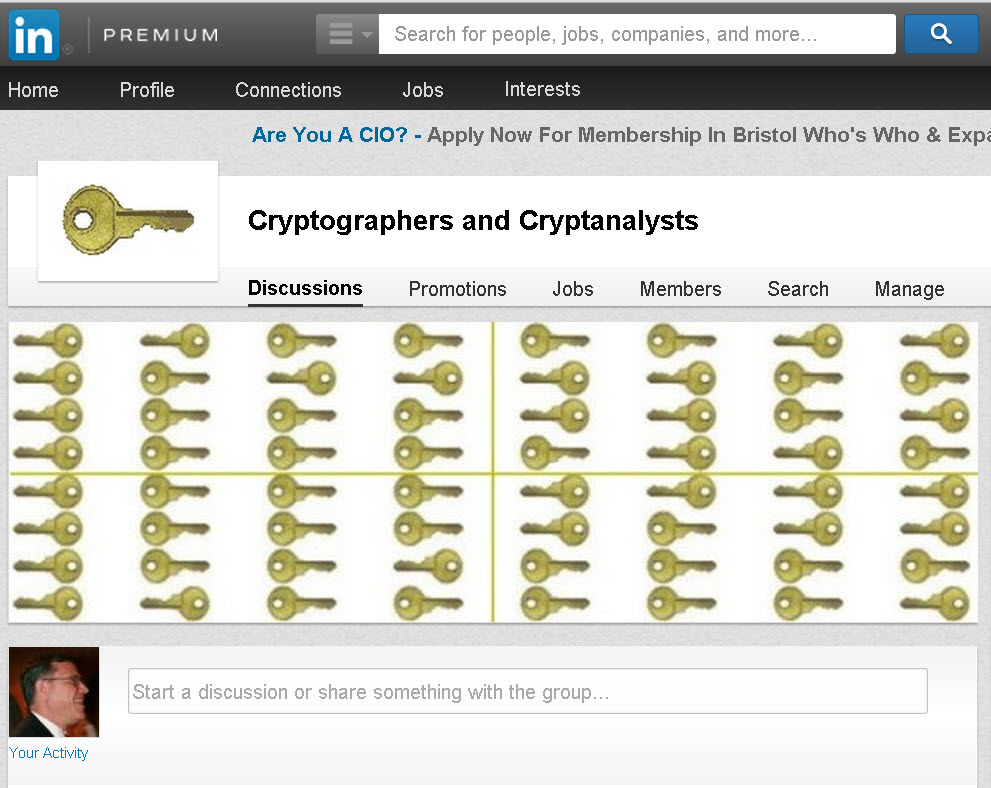