Most servers from Dell have a Dell Remote Access Controller (DRAC), “which Dell describes as:

“A complete hardware and software solution for remote systems management. The RAC allows you to remotely access an inoperable system to get the system up and running as quickly as possible. The RAC can alert you when the system is down, and allows you to restart the system remotely. By communicating with the system’s ESM, the RAC reports warnings or errors related to voltages, temperatures, and fan speeds.”

DRAC is also described on Wikipedia as:

“An interface card from Dell Inc, provides out-of-band management facilities. The controller has its own processor, memory, battery, network connection, and access to the system bus. Key features include power management, virtual media access and remote console capabilities, all available through a supported web browser. This gives system administrators the ability to configure a machine as if they were sitting at the local console (terminal).”

In a Dell PowerEdge 2650, technically the DRAC is named “ERA” for “Embedded Remote Access”, embedded referring to the fact that, unlike the DRAC III which is an add-in PCI card, the ERA is embedded on the motherboard, and no PCI card slot is occupied. Details about the ERA within the Dell 2650 can be found on the Dell website here, which states “ERA is an embedded controller with its own microprocessor and memory that uses a proprietary bus and is powered by the system in which it is installed.”

My problem was that, having purchased many Dell servers from ebay, even after reformatting the disk and installing a new operating system, you never quite know the status of the DRAC, because it is completely separate (i.e. with its own processor and memory and non-volatile storage).

So, for the benefit of someone who has purchased a Dell PowerEdge 2650 on ebay, I’ve got a few suggestions…

If the default login has been changed by the previous owner (good idea for security), and you have the Dell utilities installed, try these OMCONFIG commands (“OM” is an acronym for “Open Manage”) to reset your ERA/DRAC, logged in as root in Linux. OMCONFIG is normally a link located in /usr/bin pointing to /opt/dell/srvadmin/oma/bin

From a software standpoint, it appears that the Dell PowerEdge 2650 ERA is equivalent to the DRAC version 3 — usually written as: DRAC 3 or DRAC III

The ERA/DRAC will normally be accessed thru HTTP at the IP address which has been configured. To see what address is configured, and for some other settings, you can type CTRL-E when the Dell boots, to get into the ERA/DRAC setup screen. If your DRAC is having problems, it has been recommended to leave power off for a full minute before booting.

You can also access the ERA/DRAC settings thru the Dell Open Manage Server Administrator (OMSA) web pages which I blogged about here, and which as a reminder you can access via this URL: https://your-website-name-or-IP-address:1311 (and remember you may need to accept the self-signed security certificate). The DRAC attribute information you can see thru OMSA are:

If you login to the ERA/DRAC web page with the configured user and password, you will see these tabs at the top of the page:

Among the most useful options of the ERA/DRAC is the ability to power-cycle a remote (perhaps many thousands of miles away!) server, as you can see on the “Remote Access” tab: 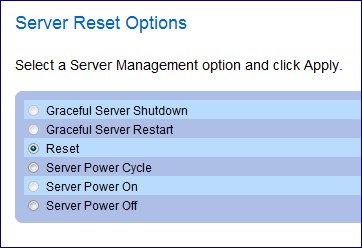 But the LOGS tab can also be very informative — I once purchased a local Dell server on ebay ($22 with no shipping) and the LOGS convinced me that what at first appeared to be very intermittent SBE (Single Bit Errors in RAM) had in fact been going on for a couple years, so I replace two memory DIMMs and then was able to successfully run the Dell memory diagnostic program (without errors). The LOGS tab literally let me see and understand the hardware history of the server prior to the time I purchased it (and after I had reformatted the drives for RAID 10 and installed a new Linux operating system). The Dell memory diagnostic program can be downloaded from http://support.dell.com

The ERA/DRAC can also monitor (poll) any of 62 sensors, as you can see by this print-screen (top part of the complete list): 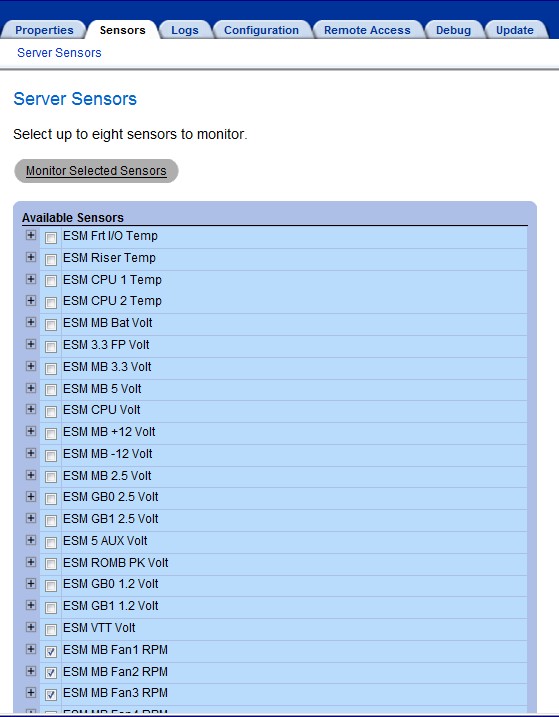 If you want to learn more about the use of DRAC, I found an interesting BLOG post here.

This entry was posted in Dell PowerEdge 2650, Server/Systems Management. Bookmark the permalink.